The Importance of Dress Up and Role Playing

This week we celebrated my oldest daughter's sixth birthday. Before this special day arrived I really thought about what she would enjoy for gifts this year. I came to the conclusion that one area of play my daughters love but could use more of is dress up /dramatic play. 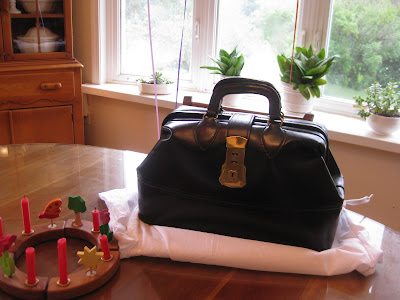 In the world of early education dress up and dramatic play have proven to be significantly important areas of play for young children. The young child is drawn to this type of play naturally because of the child's need to imitate the adults around him or her. Dress up and role playing are a natural desire and therefore satisfy a natural need in the child. Because of the child's personal experiences he or she has, over time, witnessed the roles of others in the environment, whether it is mother, father, doctor, teacher, or mailman. During role playing the child is repeatedly practicing the social rules and rules of that character including how they talk, move, the language they use, the manner in which they communicate and more. It is during the role playing process, that the child is learning to control his or her own impulses and preferences so that he/she can take on the role of the character. Educators have found that a simple game of dress up is actually helping a child learn life long lessons of impulse control and self regulation. 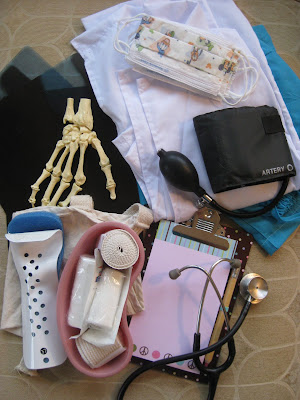 Our doctor's bag was found on Etsy and with the help of the two medical professionals in our extended family I was able to fully stock the bag with everything a doctor would need. It generated a lot of interest and excitement from the minute it was opened and has proven to be lots of fun.

The possibilities that occur with role playing and dramatic play seem endless and seem only limited by the child's imagination. The props used for this role playing activity also happen to fit into the bag and make cleaning it up and keeping it organized very easy.
at 9/18/2011

Happy Birthday to your beautiful girl,
This bag is so cool! C will love one of this, maybe for her 4 birthday, she loves playing the doctor like everyday and every time.
thanks
patty